Mitchell Elegbe, the visionary who revolutionised the world of fintech in Nigeria

"Nigerian fintech company Interswitch could become Africa's first unicorn startup" announced TechCrunchthe US news site specialising in startup news, in January 2016. While the term "unicorn" was still unclear to many people in Africa, the site had just put the spotlight on the company and its CEO and founder Mitchell Elegbe. From then on, the fintech world began to take an interest in the man whose vocation is to "build something sustainable for Africa", as he says himself in his Twitter bio. But who is this influential Nigerian businessman who has been disrupting the continent's financial and technological ecosystem for almost 20 years? Fanaka&Co tells you all about him in the following lines. 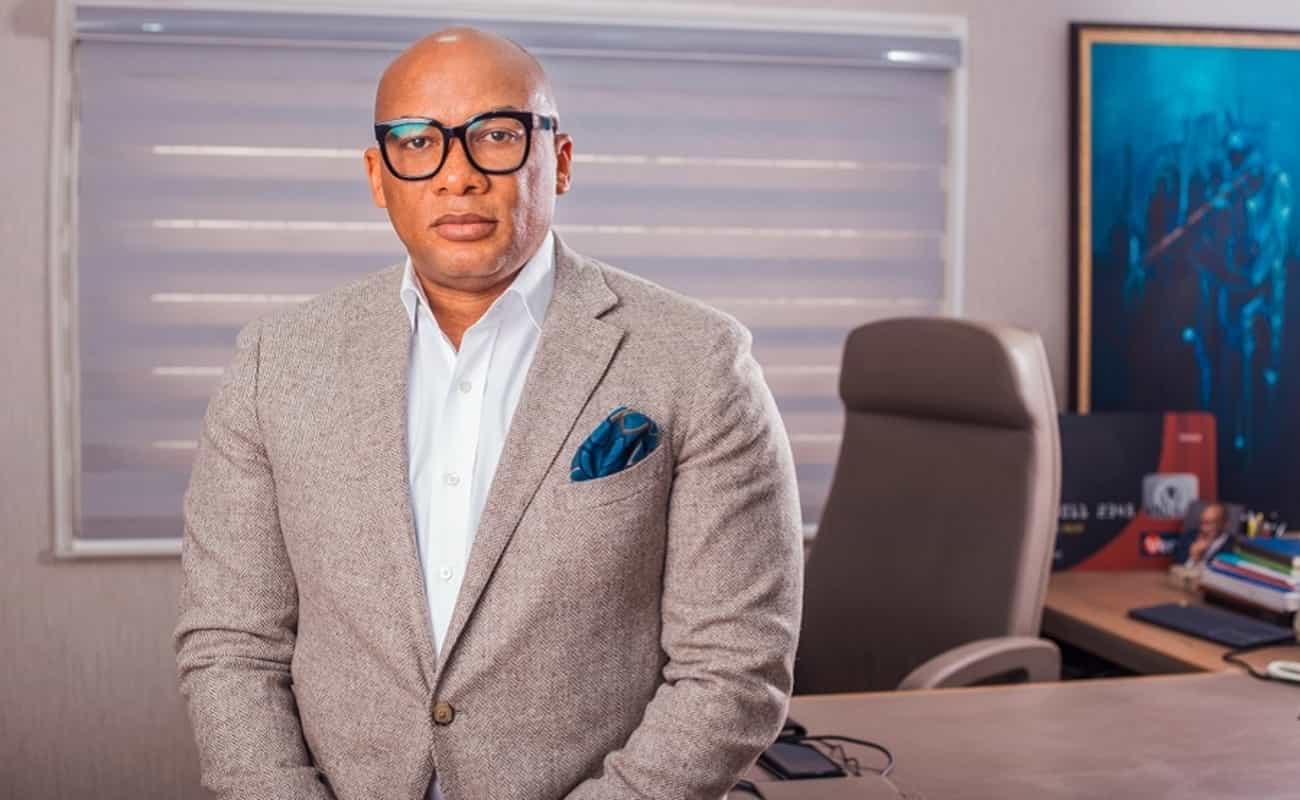 From electronics to fintech

Graduate in Electrical and Electronic Engineering from the University of Benin in Nigeria, Mitchell Elegbe has also completed the CEIBS-Wharton-IESE Business School Global CEO programme. This programme run by three world-renowned business schools (IESE Business School, the Wharton School and China Europe International Business School) is designed for leaders to enhance their strategic vision and equip them with new tools.

Before founding the company that made him famous, Elegbe had various professional experiences in large national and international companies. He started his career with Computer Systems Associates Limited (CSA), a Lagos-based company that develops ICT solutions and accessories. He stayed there for a year before being recruited by CSA after his year of service in the National Youth Service Corps (NYSC), a programme set up by the Nigerian government during the military regime to involve Nigerian graduates in nation building and development. After his time at CSA, he joined Telnet, a Nigerian digital transformation consulting and engineering company, where he worked as a business developer. He later moved to Scotland to work as a field engineer at Schlumberger Wireline & Testing. In his host country, he discovered ATMs, which did not yet exist in Nigeria. He began to dream about them for Nigeria, where people did not have access to ATMs (automated teller machines) and had to queue at bank tills, sometimes for hours, to get their money. He thought of solving this problem by developing a system that would make shift from cash to electronic transactions in Lagos.

Back home, he rejoined Telnet and shared his idea for a software solution to the problem he had identified with his boss at the time. The boss was seduced by the innovative project and agreed to develop the infrastructure. Unfortunately, their collaboration did not go as planned. The engineer then decided to sell his software idea. He approached several players in the financial industry, but they were not at all interested. Frustrated but determined, he decided to go ahead and do the project himself, with just a degree in electrical and electronic engineering, and no previous experience in banking or payments. This was the beginning of the Interswitch adventure.

From a small business selling tapes to a unicorn

So in 2002, Mitchell Elegbe, then 32 years old and with no management experience, launched Interswitch, a combination of 'inter' (from international, interconnect, interactive) and 'switch', with the aim of Facilitate cash transfers, deposits and withdrawals in Africa. To meet the challenge and launch Interswitch's activities, he was able to count on the assistance of Accenture (a company specialising in information technology services and consultancy) to raise funds for the launch of the company. From then on, it was no longer a question of simple software but of a complex infrastructure capable of digitalising the Nigerian economy, which was then essentially based on cash.

It should be noted, however, that while the company was built on his idea, Mitchell Elegbe started at Interswitch as an employee and did not own any shares. His priority was not to own the company, but rather to see the brilliant idea he deeply believed in executed. Later, the impressive results achieved by the company under his leadership earned him and his team some equity. Indeed, Mitchell Elegbe succeeded not only in creating a strong company, born out of a dream and the need to develop solutions that meet the unique needs of local customers and tradersThis has led to strong growth in the company's revenues and profits. This has resulted in strong growth in the company's revenues and profits.

Mitchell was able to bring his project to fruition at a time when everyone thought that Nigeria's infrastructural challenges were too difficult to overcome. " To start Interswitch, I had to overcome scepticism, even among the shareholders... I was asked in various cases, how do you run a 24/7 real-time payment business in a country where power is not constant? In a country where telecommunications are still very unreliable? Where the people you are targeting are mostly in love with their money? How do you get the human resources you need in a brand new field like electronic payments? "he says. Despite the challenges and the magnitude of the task, and thanks to his determination and resilience, Elebge was able to turn an idea he nurtured for years into a billion-naira revenue company and drive the creation of a fintech ecosystem in Nigeria that has become a benchmark in Africa today.

Indeed, Interswitch became Nigeria's and the continent's first unicorn in 2019, three years after TechCrunch's predictions. On 31 January 2020, it listed a N23 billion bond on the Nigerian stock exchange via a special purpose vehicle called Interswitch Africa One Plc.

It should be noted that before becoming the successful entrepreneur we know today, Mitchell Elegbe, in order to cope with the precariousness he experienced as a student, created a small business that consisted of making copies of the tapes he borrowed from friends, to sell them. A few years later, and for almost two decades, he has become a well-known entrepreneur who offers coaching services career development, leadership, business and management consulting. 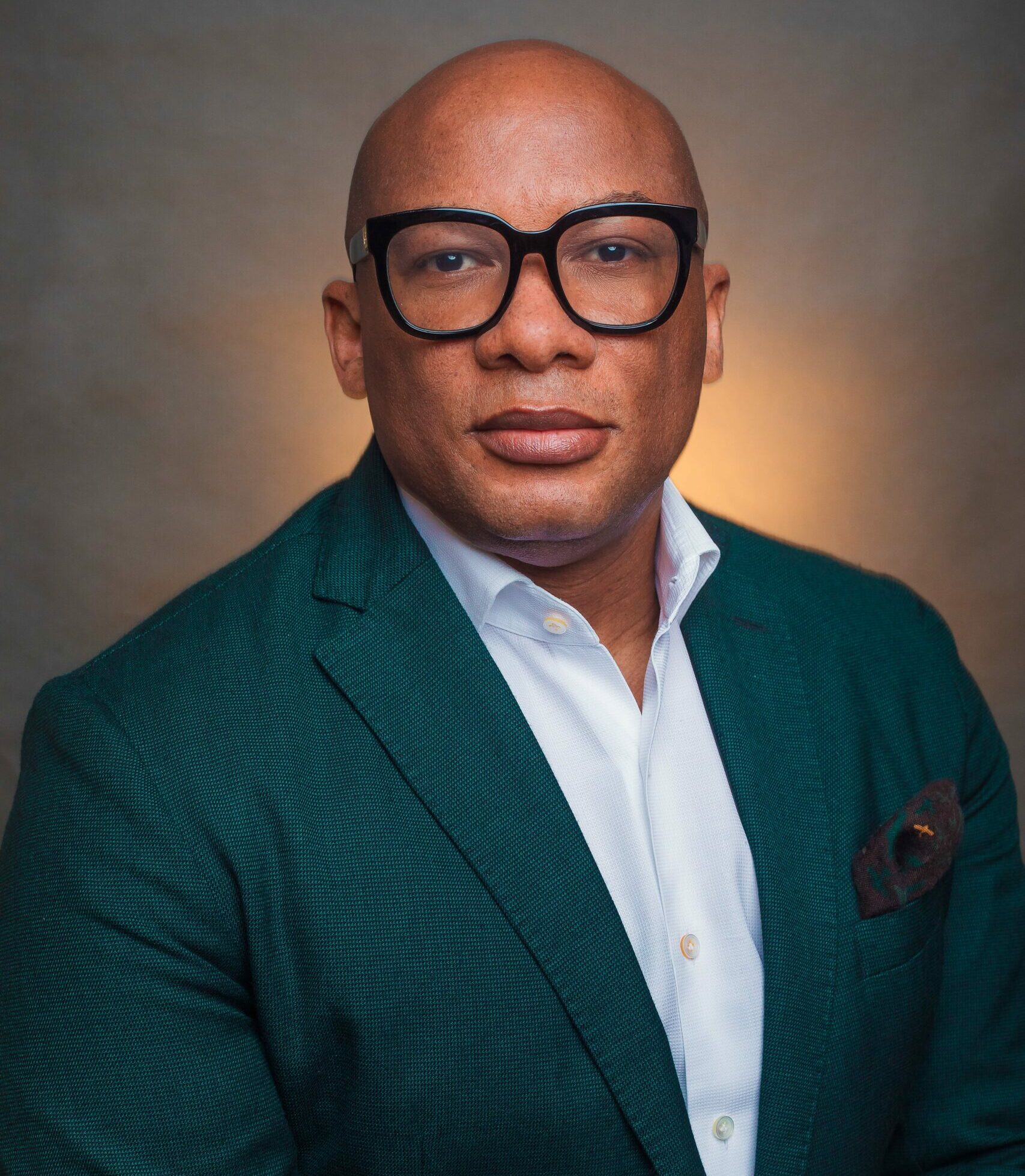 Recognition of a Nigerian visionary and pioneer

Changing the fintech ecosystem in Nigeria and Africa doesn't happen without picking up a few awards along the way. And that's what Mitchell Elegbe has achieved. In 2012, he received the West Africa Business Leader Award, at the All African Business Leaders Awards (AABLA) organised by CNBC Africa.

In recognition of his success with Interswitch, he was awarded the African Leadership NetworkIn addition to the Transformational Business award presented by the African Leadership Network at the Africa Awards for Entrepreneurship in 2013. The award is given to outstanding business leaders who have created a significant socio-economic impact in Africa by building a business with revenues of over US$50 million. It is one of the most distinguished awards focused on Africa, offering over $200,000 to outstanding African entrepreneurs.

In 2014, he won the Deloitte rapid growth award 50. A year later, he received the Ernst and Young Entrepreneur of the Year Award and the Harvard Business School Association (Nigeria) in the general management category. In 2019, Mitchell was named the 2019 African Banker Icon by The African Banker.

Elegbe undoubtedly owes his accolades, of course, to his hard work, but also to his leadership. Mitch, as he is affectionately known, encourages his staff to be creative, to express their views, to pursue ideas and passions that are not directly related to their job description. It is said that he enjoys mentoring young entrepreneurs. This is a passion that he expresses very well in the board of directors of Endeavour Nigeria.

Mitchell Elegbe is an undisputed leader who has been running Interswitch with an iron fist in a velvet glove for almost 20 years. With uncommon vision and determination, he has succeeded in creating and transforming the Nigerian financial sector, then used to cash, and in a still embryonic ecosystem. He is certainly a visionary to watch closely. 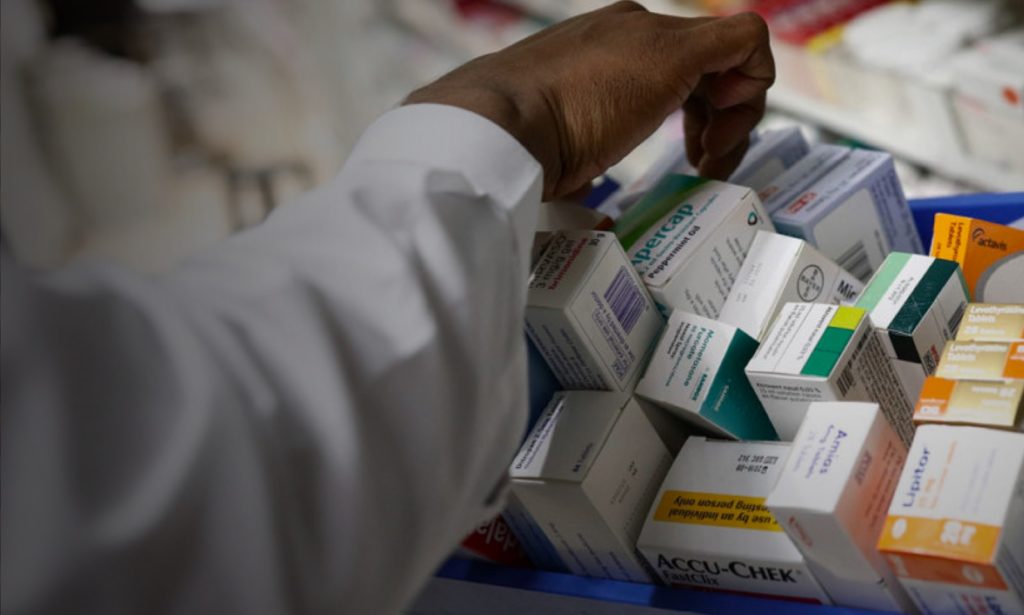 mPharma, the medtech startup that digitises the drug supply chain in Africa

SECURICO, the inclusive company that is revolutionising the male security industry in Zimbabwe 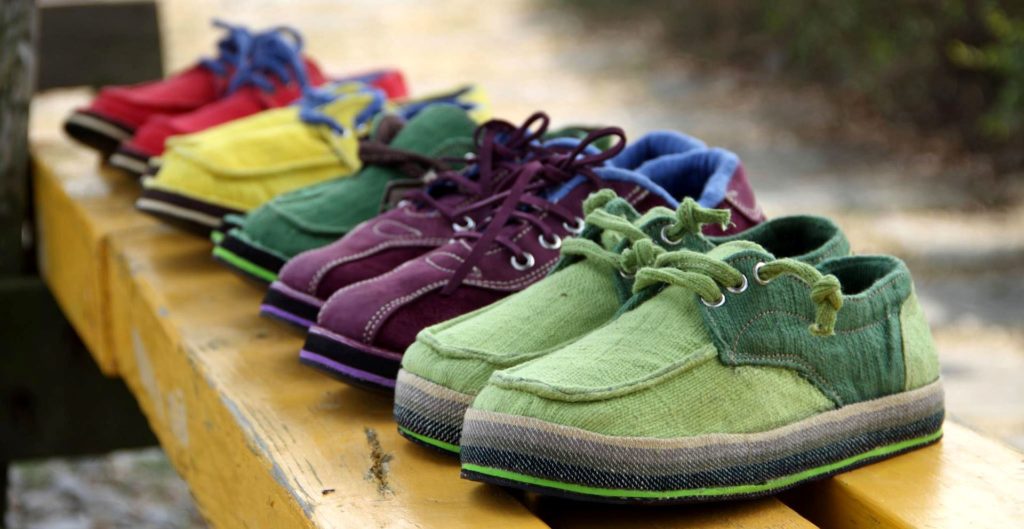 Ham Serunjogi and Maijid Moujaled, the duo who revolutionised money transfers in Africa with Chipper Cash 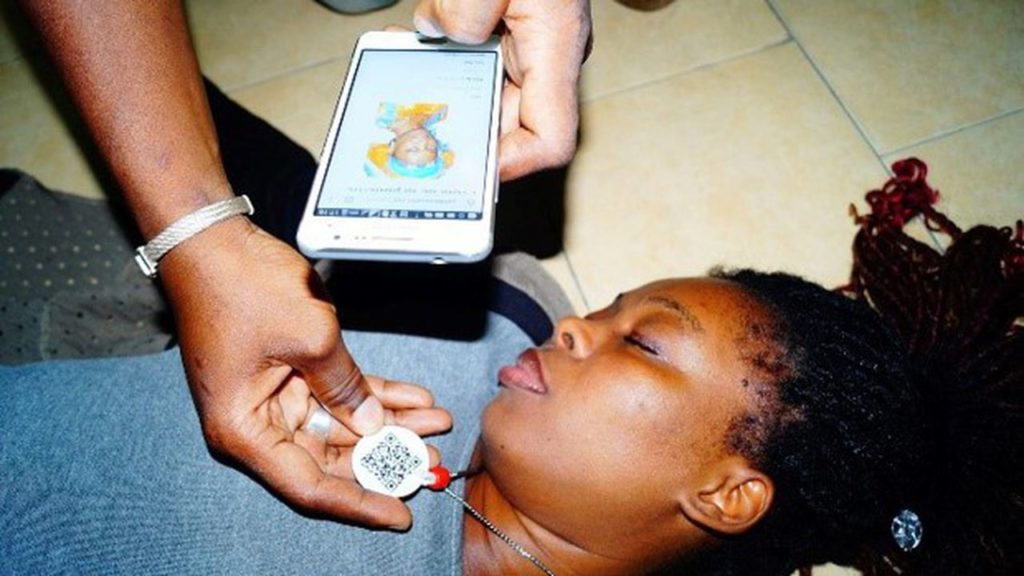 Pass Santé Mousso, the Ivorian medtech that breaks the rules 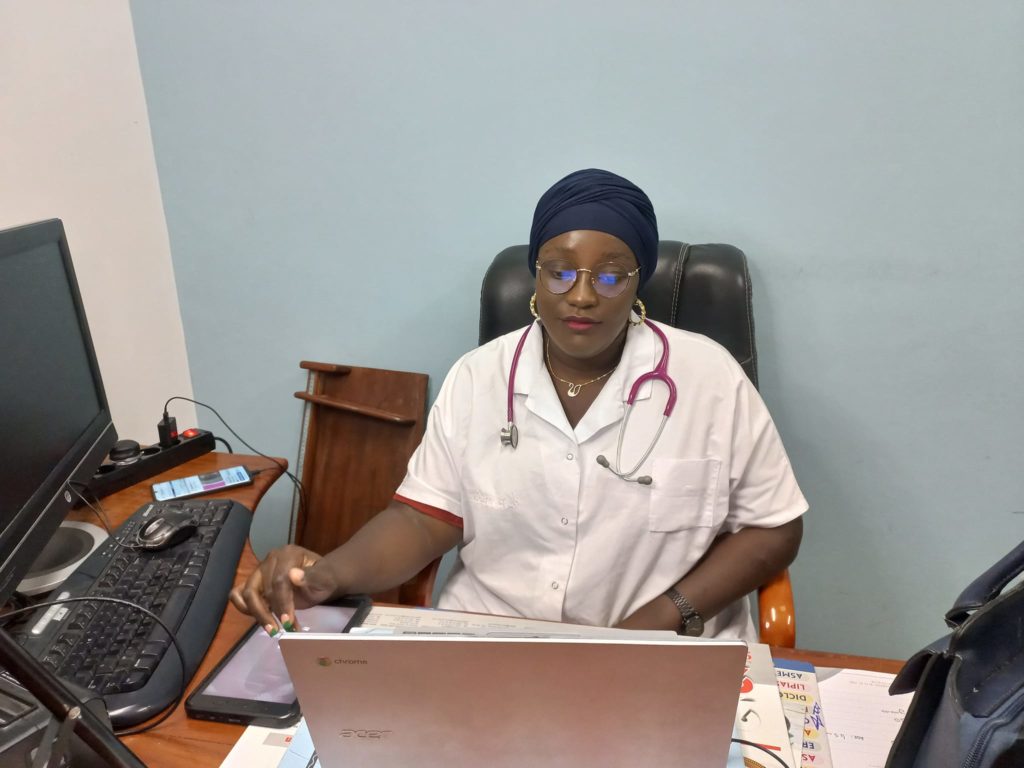