When we talk about emblematic players in fintech in Africa, we undoubtedly think of the Nigerian entrepreneur and co-founder of Flutterwave, Olugbenga Agboola. Flutterwave is the "best-valued financial services company in Africa" and the "third African unicorn in finance". He has been named to the "40 Under 40" list by the American business magazine Fortune, and to Time magazine's "100 emerging personalities" list for Agboola... For the past few years, Olugbenga Agboola and his start-up have been making a name for themselves in the prestigious fund-raising and rankings. But who is the strong man behind Flutterwave? What is his secret? Fanaka&Co investigated.

The path of excellence crowned with prestigious diplomas 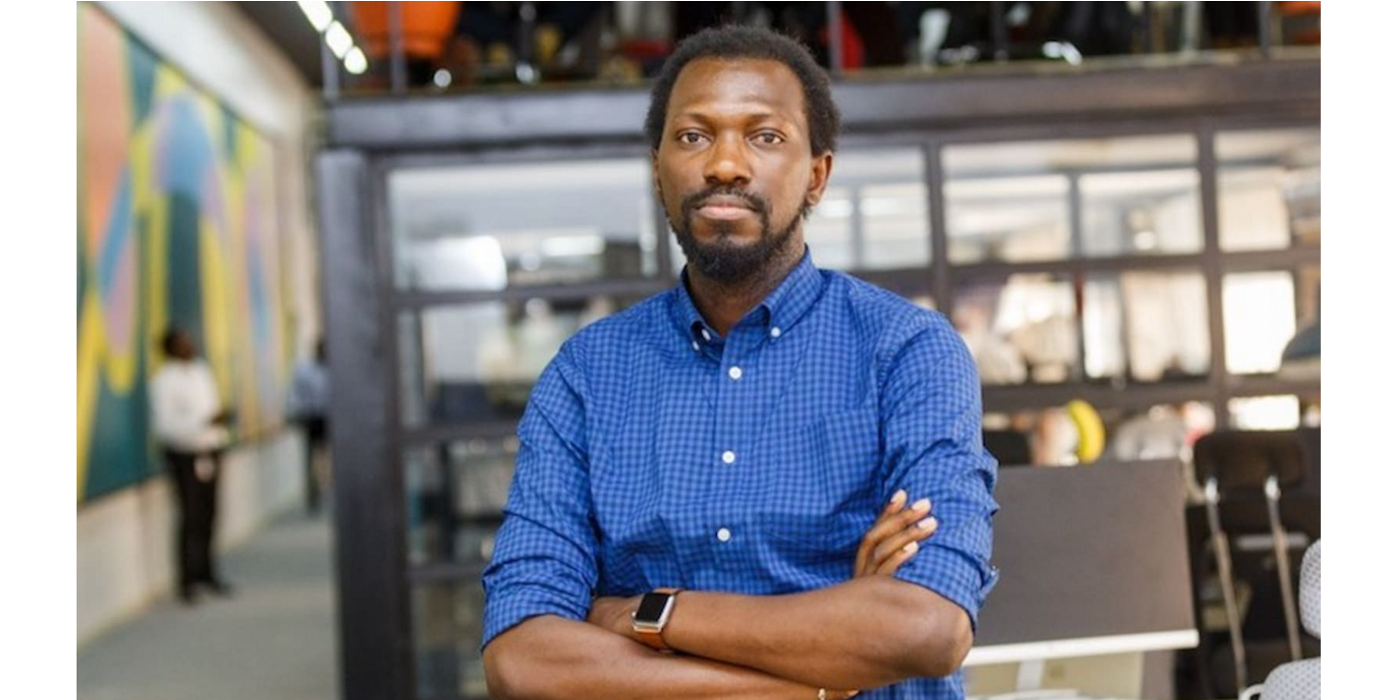 Born in Lagos, Nigeria in 1985, GB as he is known, began his studies in his native country. He completed his primary and secondary education there before heading abroad for his higher education. He first settled in the United States, then in London. As a young prodigy with a passion for finance and technology, he attended elite universities and schools including the Wharton School, considered the most prestigious American business school. He studied programme management there in 2015. Two years later, he attended a marketing strategy à Kelloggthe management school of the University of Northwesternin Chicago.

Then it was off to England, where his time at the University of Westminster received a diploma in project management and advanced computer science. He also obtained a certification in computer security à EC-Council University, the first American institution of higher learning specialising in cybersecurity technologies.

Determined to become an undisputed expert in IT and technology, Olugbenga Agboola never stops! He accumulated training and obtained diplomas and certificates with brio, including a master's degree in information technology security and behavioural engineering. To complete his already rich career, he enrolled in one of the best universities in the world, the MIT (Massachusetts Institute of Technology) in Cambridge, where he obtained an MBA in technology and IT project management.

These certifications obtained in the most coveted institutions in the world allow him to acquire cutting-edge know-how in the field of IT, cybersecurity and project management. Armed with degrees and multidisciplinary skills (hacking, computer security, banking services, product marketing, etc.), Olugbenga Agboola is building a career worthy of the greatest men in the world. 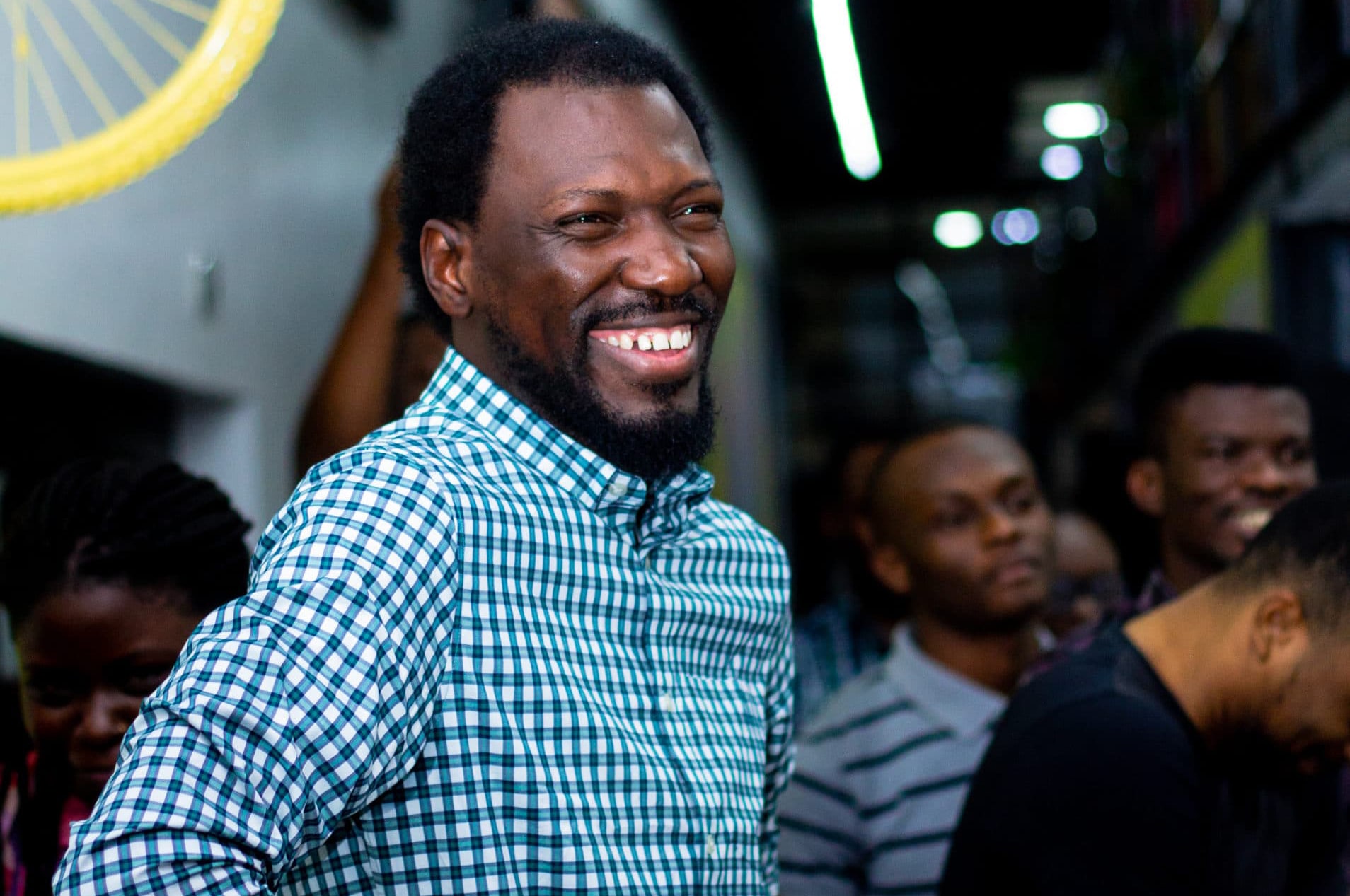 In 2003, in London, Olugbenga Agboola joined the company British Telecom Professional Services as an application developer. A year later, he developed fintech solutions for PayPal. The following year, in 2005, he joined the Guaranty Trust Bank (Nigeria), one of the largest banking institutions in sub-Saharan Africa. He stayed there for 4 years before joining the Standard Bank Nigeria for 5 years. During this time, he rose through the ranks and held the position of technology project manager for over 4 years. During this period, he developed a biometric payment solution for the bank.

Agboola's other professional experiences include the internet giant Google, where he became Google Wallet product manager from October 2014 to November 2014. As soon as this experience was over, he became head of the innovation and digital transformation department of the Nigerian multinational bank Access Bank. This adds to his already impressive CV.

Olugbenga Agboola's career is not limited to positions in banks and international institutions. As a good multitasker, this leader and great visionary has also practised entrepreneurship, in parallel with his studies and business experiences. For example, before joining British Telecom, he founded QuickFix NT, a company through which he provides solutions to developers. In addition, when he left Access Bank, he took on the role of Senior Entrepreneur in Residence at Africa Fintech Foundry, from May 2016 to August 2018. Two months later, he was a contractor at the Royal Bank of Scotland Business. It has also launched a mobile money project through which it offers several banking services: account opening, bill payment, money transfer services, cardless ATM withdrawals via mobile phones.

These diverse and rich experiences will have opened up the world of finance to Olugbenga Agboola. This will allow him to realise that in Africa, online payment services are not interoperable. He decided to solve the problem, leaving his post at Access Bank in May 2016, to launch his perfectly harmonised digital payment solution. He named it Flutterwavea fintech born in Lagos that is now valued at 3 billion.

At the head of the third African unicorn

Olugbenga Agboola is not alone in this project that will revolutionise the African fintech sector. He is joined by another bigwig in the field, previously based at Andela, Iyinoluwa Aboyeji. Together they co-founded Flutterwave, a Nigerian-American payment company with offices in Lagos and San Francisco. Flutterwave provides digital payments infrastructure and services that enable merchants, payment service providers and pan-African banks to accept and process payments across multiple channels. All this, in Africa and around the world, without any incompatibility of financial systems or services.

The African fintech prince's solution is a real boon to the continent's merchants. While there are strong payment systems in place at the national level, these solutions are not able to interact with each other or allow users to make and receive payments across borders. This fragmented system needs a central payment facility to facilitate commerce across the continent, a need that Flutterwave is addressing. To achieve this, the start-up uses an Application Programming Interface (API) capable of handling any form of payment anywhere in Africa. And it works! In 2020 alone, the number of transactions in 17 African countries amounted to 80 million transactions, worth $7.5 billion.

Another interesting fact is that after the resignation of his partner Aboyeji in 2018, Olugbenga, previously head of innovation in the organisation, moves into the CEO position and manages to take the innovative company to another level. Indeed, very soon in 2019, Flutterwave attracts big names in the global financial sector such as VISA and MASTERCARD and keeps attracting investors, as well as big clients such as Jumia, Facebook and UBER.

That same year, the new CEO's strong management and project execution skills enabled him to win several awards for his company, including the Changing Africa Award (AppsAfrica Award in Cape Town). The company was also selected by Fast Company as one of the 10 most innovative companies in Africa.

Also notable was that Agboola and his team were able to take advantage of the shift to digital payments during the health crisis to quickly onboard more customers. As a result, Flutterwave was able to raise a Series Bai round of $35 million. Note that in 2016, it already had a $10 million fundraising round, followed by an undisclosed Series A in August 2017.

In March 2021, the entrepreneur successfully raised US$170 million in a funding round led by Avenir Growth Capital and Tiger to finance the expansion of his start-up, bringing Flutterwave's valuation to US$1 billion. It is this new success that allows the company to be elevated to the status of unicorn. The number of transactions processed is also increased to 140 million for a total amount of 9 billion dollars.

At the beginning of 2022, the prince of fintech announced a new fundraising of $250 million, this time bringing the market capitalisation to $3 billion. Now Africa's largest fintech start-up, Flutterwave offers its payment solutions to more than 600,000 businesses, worth $16 billion, in 34 African countries and around the world.

The Flutterwave boss has received some of the most coveted financial and entrepreneurial awards in the world. In 2021, Agboola is on Time magazine's annual TIME100 Next list of emerging leaders.

In 2020, it is on the coveted list of 40 Under 40 by the American business magazine Fortune, which names the most talented young leaders under 40 of the year.

A year earlier, in May 2019, he was one of six African entrepreneurs to join Endeavour in Madrid, Spain. This is a non-profit organisation that supports high-impact entrepreneurs around the world.

Also in 2019, Olugbenga Agboola is recognised as one of the 2019 Quartz Africa Innovators for his contribution to the fintech space. These awards of excellence, bring him international recognition and propel him as one of the key players in African fintech.

But what is the secret of Olugbenga Agboola's success? One might ask. He attributes it to his staff, his main 'driving force'. His empathetic leadership style and his sense of innovation are also undoubtedly involved. The entrepreneur is convinced that it takes a lot of concentration and conviction to stay true to one's goals and to realise one's plans.

A man to watch

The financial and IT technology expert is not done wowing his world yet. As he so aptly puts it, "Since its inception in 2016 (Editor's note: Flutterwave), our goal has been to create infinite possibilities for customers and businesses in Africa and emerging markets. This is what we have done and will continue to do: connect emerging markets to global economies. We will continue to deepen our presence in the territories where we operate, while innovating on new products and services." The die is cast, Ougbenga will surely continue to innovate and collaborate with other players in the technology ecosystem to enable them to thrive. Indeed, he was recently appointed to the advisory board of Buy Now, Pay Later (BNPL) Lipa Later, a Kenyan consumer credit platform that hopes to benefit from his expert advice to successfully expand beyond Kenya. 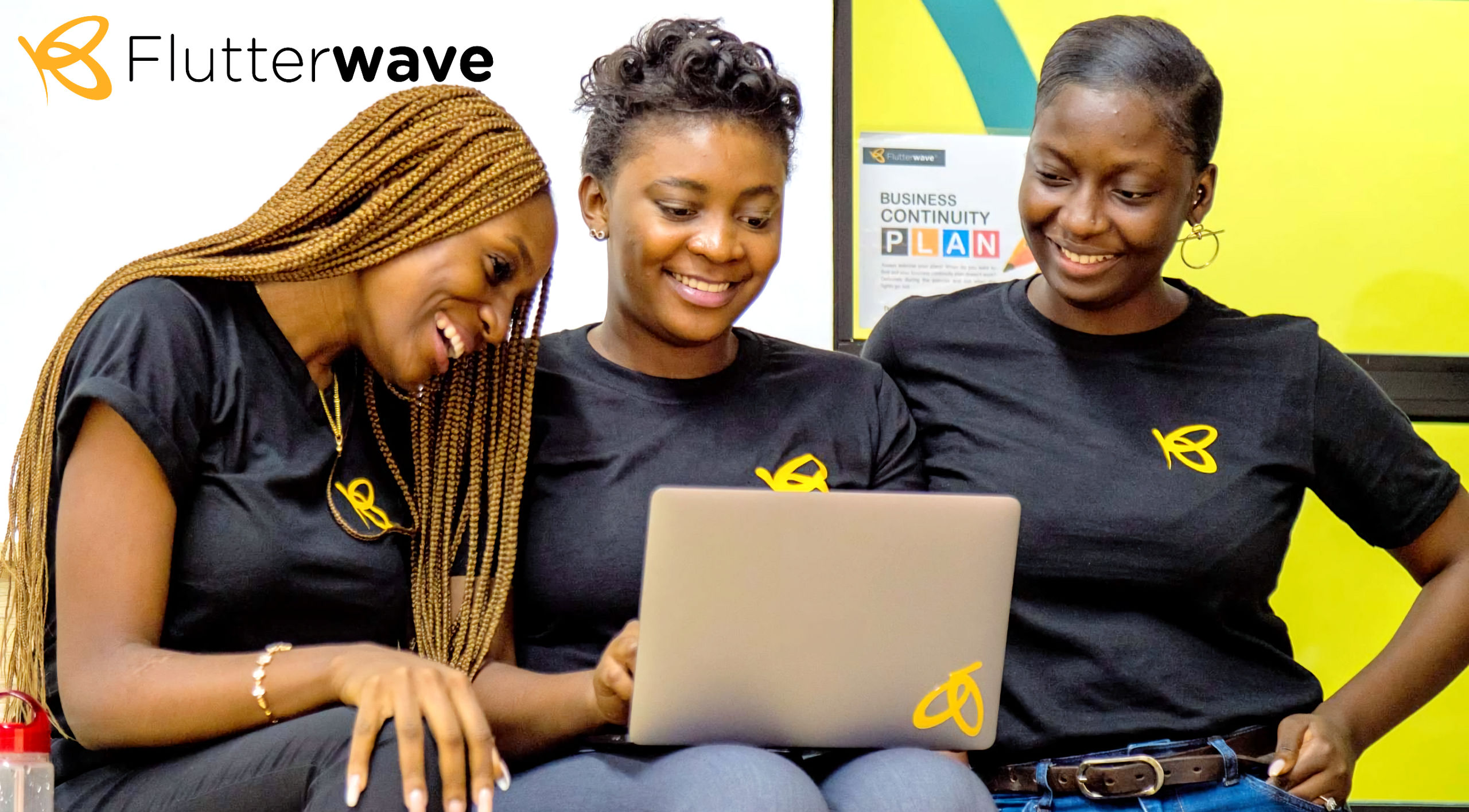 On 12 April 2022, an article published on the West site Africa Week shake it up Agboola and its unicorn. In this post, which was retweeted more than 11,000 times, the author David Hundein and winner of the People's Journalism Award for Africa 2020, looks back at his investigation into Flutterwave. The article, filled with top secret documents, recordings and e-mails, tells a very different story from what is known to the public so far.

Sexual harassment, insider trading, fraudulent transactions... are some the accusations made against Flutterwave and its CEO. For example, according to the journalist, Olugbenga Agboola would not have resigned from his position at Access Bank to embark on the adventure Flutterwave. He would have by the way hidden his simultaneous involvement in both entities from investors and his colleagues at Access Bank, used Iyin Aboyeji as a cover, and used his position in the said bank to serve as avir its interests for 2 years. It should be recalled that at the beginning of Flutterwave, Agboola was the COO whileAboyeji was the CEO. Iyin Aboyeji and the CEO of Access Bank were reported to have visited Washington to respond to aUS Securities and Exchanges Commission regarding this insider trading in 2018, according to West Africa Week. On a series of tweetsThe first named claims that he went to Washington alone, that they have been cleared and that his reputation is being smeared by these attacks.

In this survey we invite you to read and form your own opinion, Olugbenga Agboola He is described as a persuasive and fraudulent man who often uses threats and intimidation to silence his collaborators and "victims" (broken promises, dismissal without reason, toxic environment...). Concerning his sources, the author cites, among others, 4 ex-employees whose identity he took care to hide to avoid possible reprisals.

After the publication of David's article HundeinThe main defendant, GB, is threatening to go to court to dismantle the accusations.

Since leaving his excellent position at Access Bank to found his payments company in 2016, Olugbenga has been steadily making his mark in the rather small world of Finance. He has managed to build the largest payment infrastructure available on the African continent and has made it one of the locomotives driving the Fintech sector on the continent. However, it remains important to note that the Fintech world is constantly evolving, and the unicorn built by Olugbenga and his team now has some strong competitors, such as Chipper Cash which facilitates cross-border payments in Africa. And one might wonder, given the fintech prince's track record in Africa, what his next innovative solution for Africa will be. 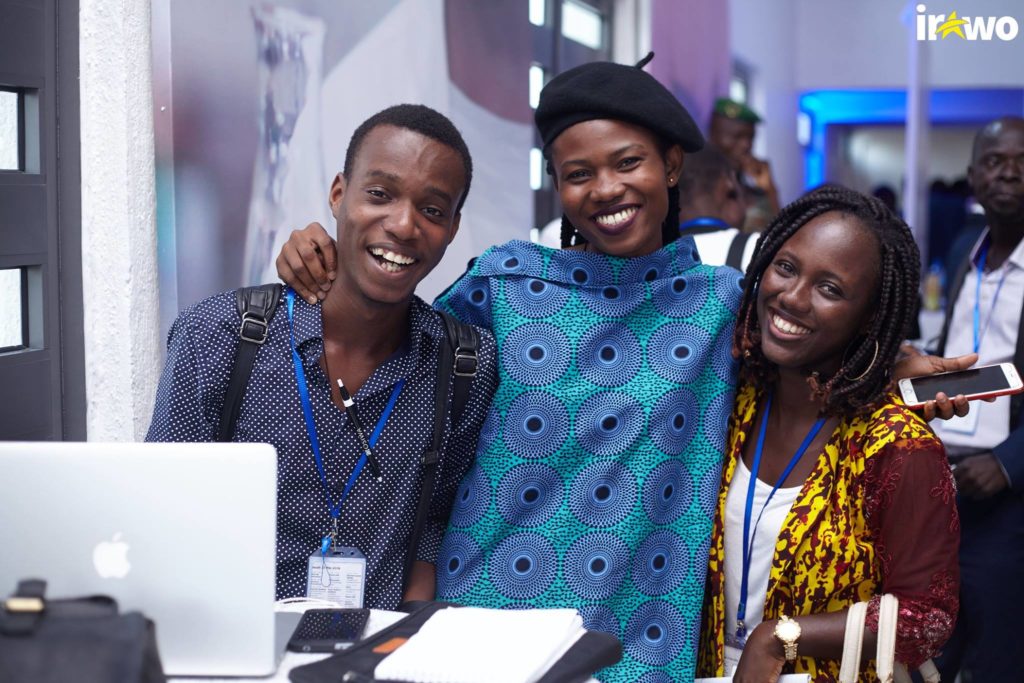 Irawo, the ecosystem of opportunities for young African talent 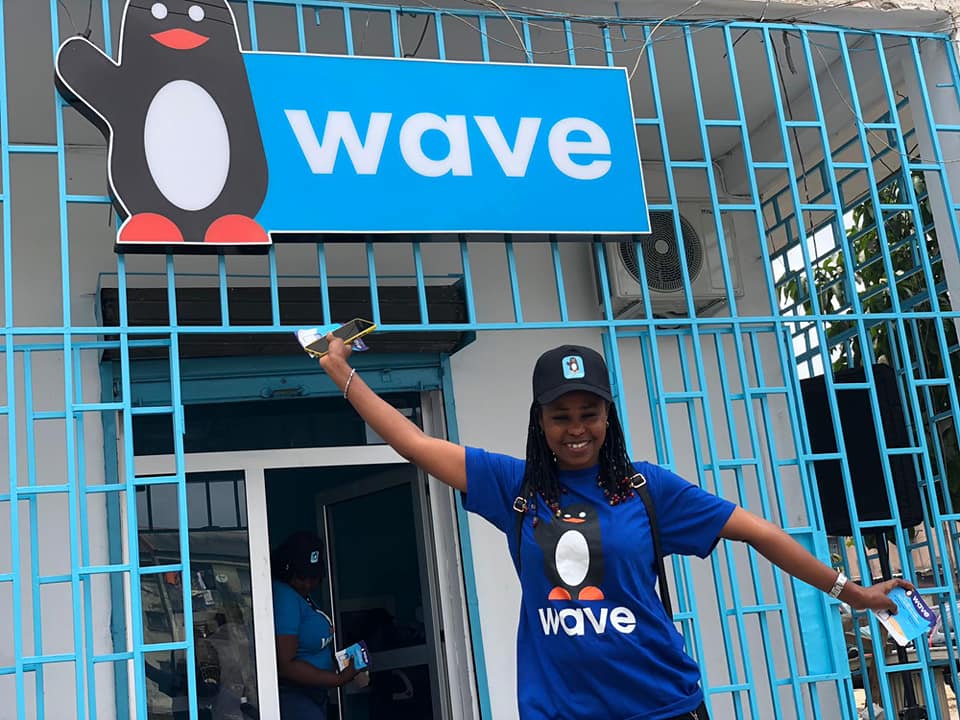 Wave, the mobile money solution that is seducing Africa

SunCulture, an innovative solution for farmers 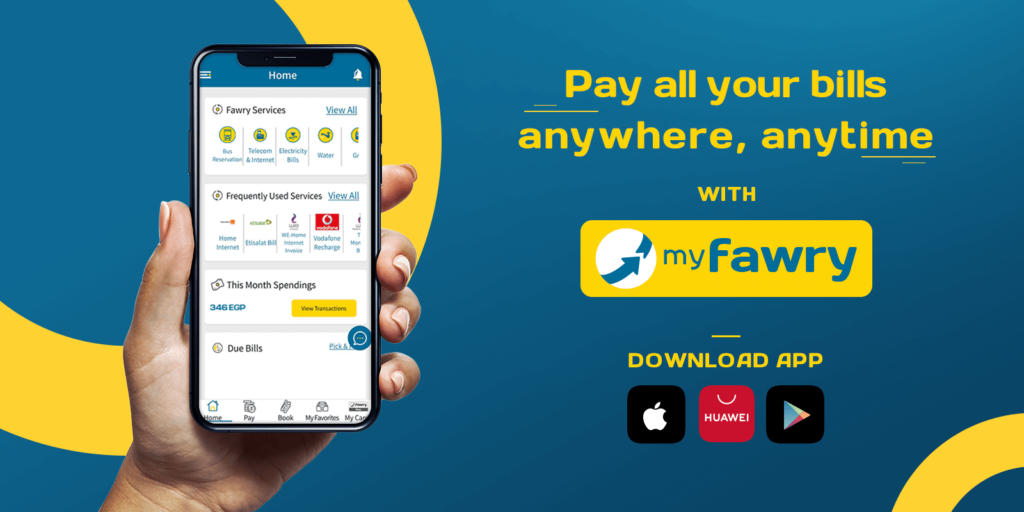